We started the day watching humpback whales breach  in the Gerlache Strait.  It’s a hard life.

After breakfast we arrived in a small harbour names for a whale factory ship that used to operate here.

The only person unhappy with the weather for our first steps on the Antarctic continent was our fearless leader, Alex. As we should all know beautiful blue skies and sunshine does not make for perfect penguin photography conditions. It does make for a unforgettably magic experience and views. 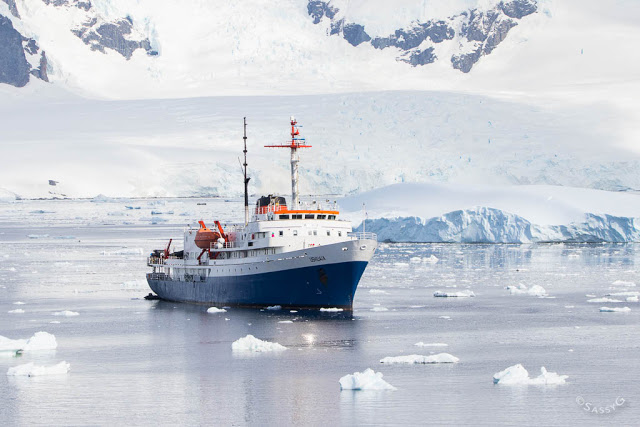 Having been shuttled to the shore across glassy water we landed near a  Gentoo penguin colony and we were able to watch the art of home maintenance Gentoo style. Pebbles are the main building material of choice.  There isn’t much else on offer actually. The challenge is that your neighbours often feel free to take the pebbles you’ve used to make your nest to beautify their own so it’s an ongoing activity to keep up with the Joneses.

We made our way up hill over the flawless snow for a view from the top. We’d all donned our various layers before setting out, but halfway up the hill we stopped and started to strip off,  to the point where I ended up in short sleeves, no gloves and no hat. Simply balmy at 5 degrees c and no wind at all.

Towards the top of the hill we heard an unforgettable sound from the glacier, and
saw a small part fall away. Not large enough to create a new iceberg it
did create an amazing wave. There was more rumbling and groaning form
the ice but no calving. 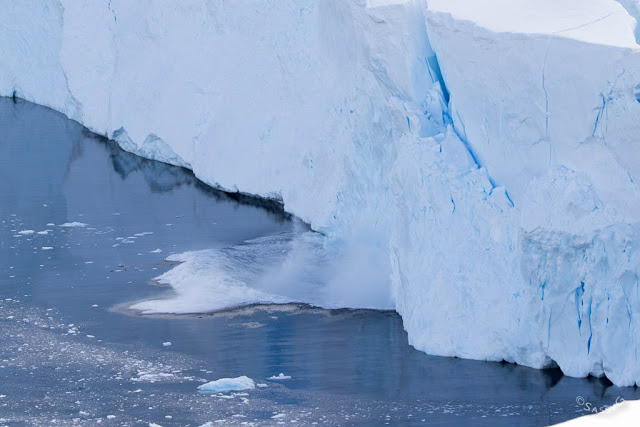 On the top of the hill we got a sneak peek at a Skua family. If you’re ever in a situation where you’ve gotten too close to a Skua and it decided to have a go at you, the tactic we were told was to loosen the fingers of your gloves and wave them over your head, allowing the birds to attack something other than your flesh. Better yet, apply common sense and give wildlife the room they need to feel comfortable and unthreatened. 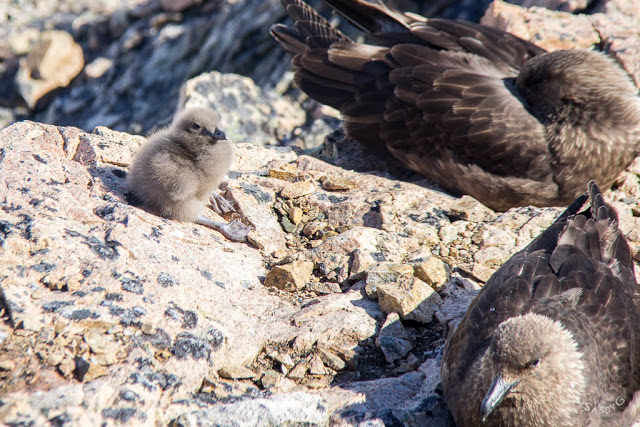 After marveling at the view for some time we started back down. Under guidance to prevent disappearing down any hidden crevasses some passengers decided to take the easy way down and slid. 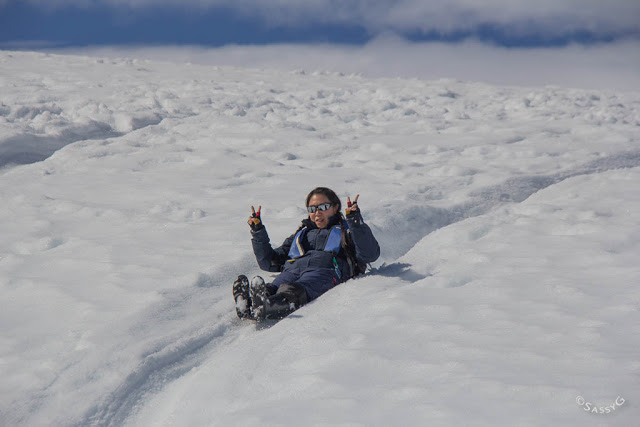 On our way back to the shore Pablo spotted a Weddell seal having a relax in the snow.

There were plenty of chicks in the rookery and it takes some getting used to to see them spread out like there has been some kind of penguin massacre.  They seem to be able to sleep in the craziest of positions. 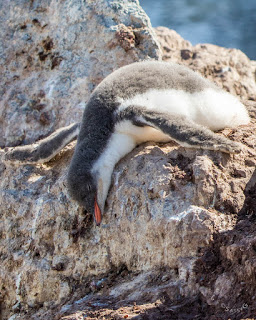 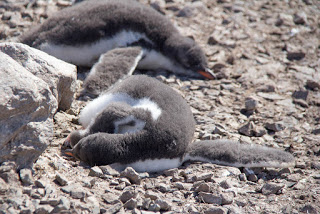 After lunch (I swear they are trying to fatten us up for something Hansel and Gretel style) we made our second stop of the day at  Cuverville. We got to see a functioning penguin highway, channels worn in the snow used by the penguins used to traverse the steep slopes. 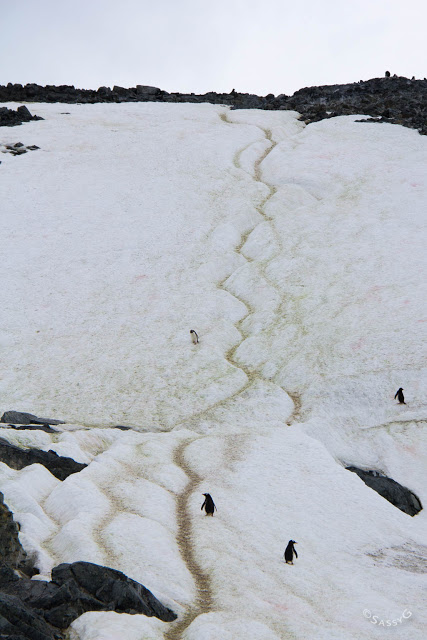 Many of the penguin chicks here were of an age that they were quite active, and very funny to watch as they went running after mum or dad seeking food. 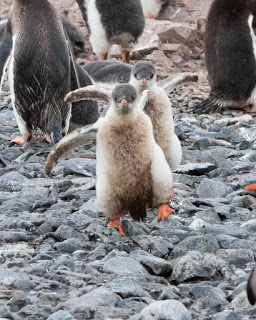 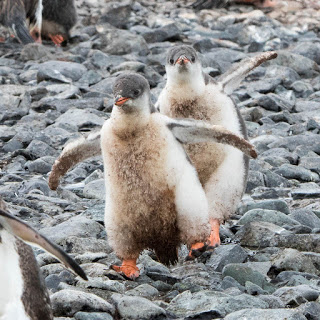 Here you can see the backward facing bristles on the penguin tongue which helps keep the fish, squid and krill in when fishing. 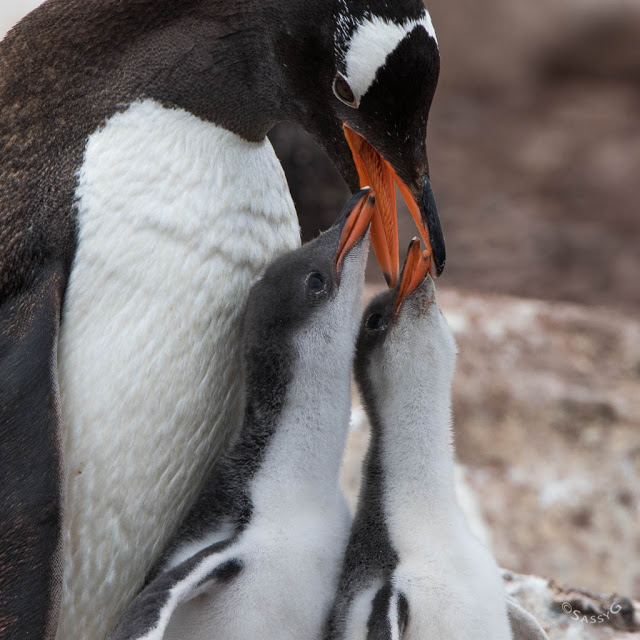 There was one penguin still sitting with its egg. There is a good chance that late hatchlings won’t make it.  The penguin chicks rely on being part of a creche, a group of chicks under the general supervision of one or two adults while the rest go out to sea to fish. Later chicks will be fewer in number and more vulnerable to predation. 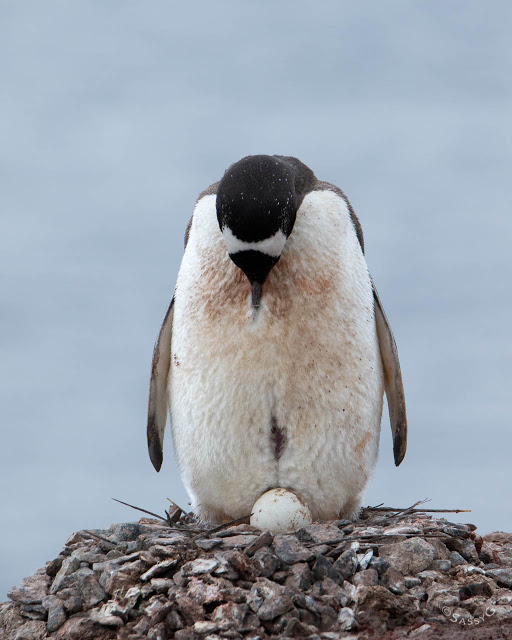 While waiting for our ride back to the boat we watched a bit of drama start to unfold. A penguin chick had slipped down part of a rocky slope away from its parents and was being approached by a pair of skua. By this age penguin chicks are often able to hold their own, but the skua often try to tire the babies out, or try to get them to fall off the edges. By the time we left the little one was steadily making his way back up the rocks.

Watching these kinds of things in nature is quite challenging. 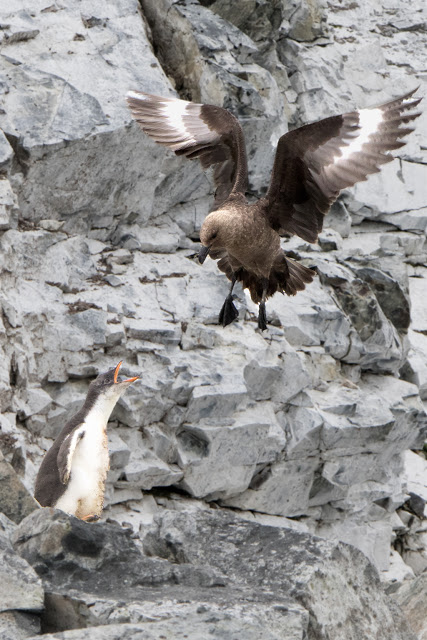 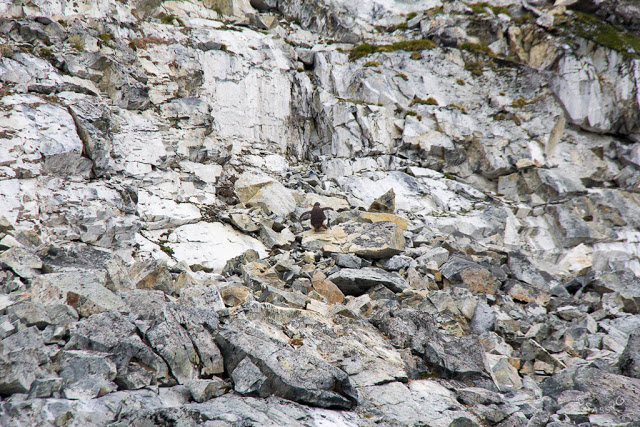 Our ride back to the boat included a zodiac cruise, allowing us to get up close and personal with the crab eater seals. As a general rules they would raise their heads to look at us as we approached, before deciding we weren’t really that interesting and going back to sleep. 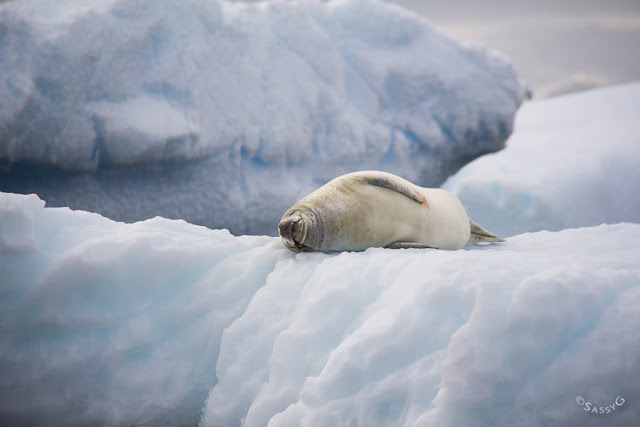 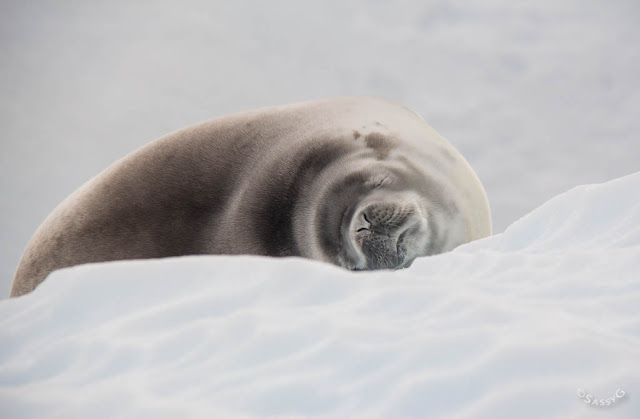 Seeing the icebergs at sea level is just incredible.You always kind of think those photos will all the blue are photoshopped to look that way, but those colours are real and quite unearthly. 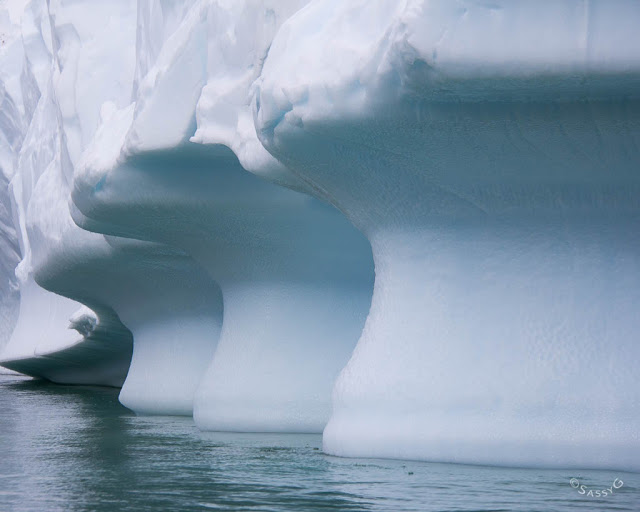 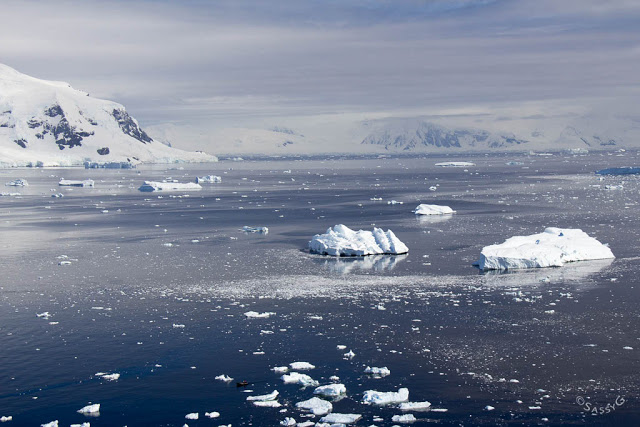 Our evening meal included a toast by the crew to celebrate our landing on Antarctica proper.