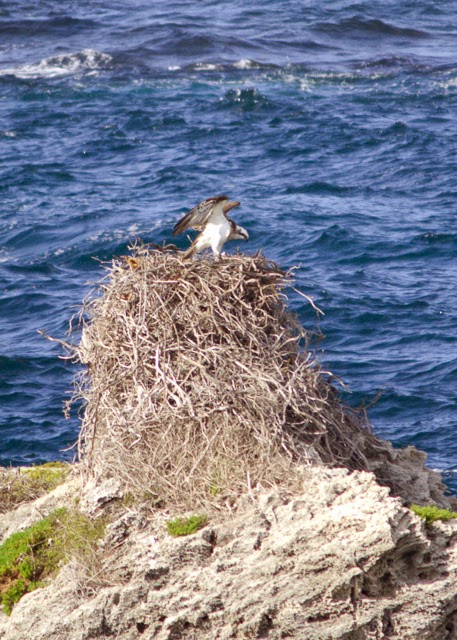 The Osprey is a bird that makes me think of family.  Not because they are family oriented birds, but because every summer when I was a child we’d take our family holiday on Rottnest island, and there was always at least one pair of osprey nesting somewhere.

I was suprised to learn that our Ospreys are actually Eastern Osprey.

Which makes me think back to family again when it comes to their nest building habits.  We have an uncle who lives near BisVegas. He started building his ‘nest’ when his lovely wife was pregnant with the first of their four girls. With each successive breeding (and non breeding) season he has added to the ‘nest’ so that it now spans four floors. Interestingly enough all four former fledgling return often to the nest with their new partners. This may be where I stretch the analogy too far.

The point I am trying to make far too verbosely is that like the Osprey, Uncle L has added to the nest making it bigger, better and more impressive every year, which is exactly what an Osprey pair often do with their nests.

The nest above is the nest at West End, Rottenest Island. As you can probably tell there have been ospreys nesting here for as long as I can remember, which presumably means they are not the same pair as Osprey only normally live to 20-25 years of age. And I’ve been around a bit longer than that… 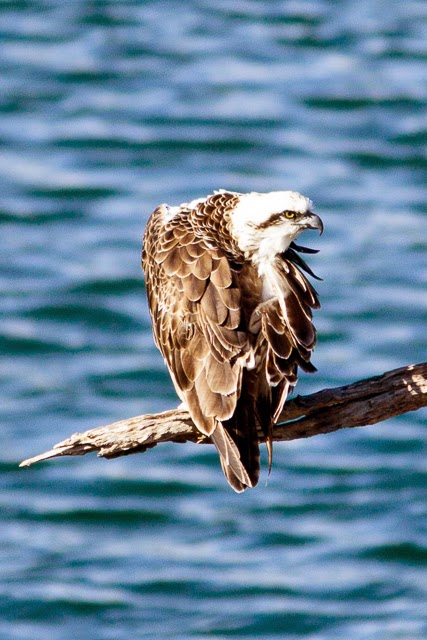 On my cycle to work in the morning I am often lucky enough to see a pair of these amazing birds perched at the tip top of a pine tree that stands on the banks of the Swan River, just south of Kings Park. It is a reminder that, like us, many birds are creatures of habit.

And then, just to keep you guessing you’ll find them somewhere new.

In this case, resting at low tide with the gulls, swans and ducks just south of Claisebrook Cove. 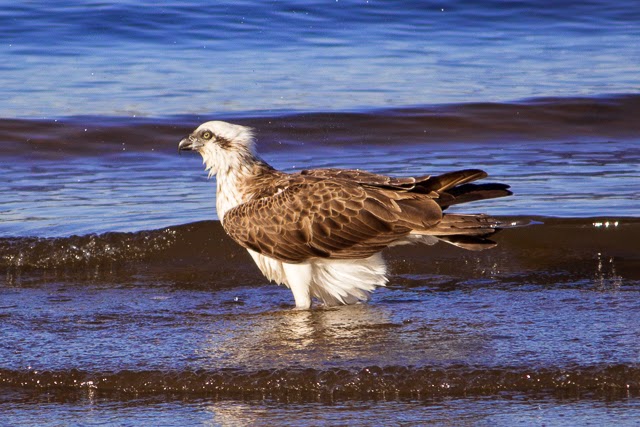 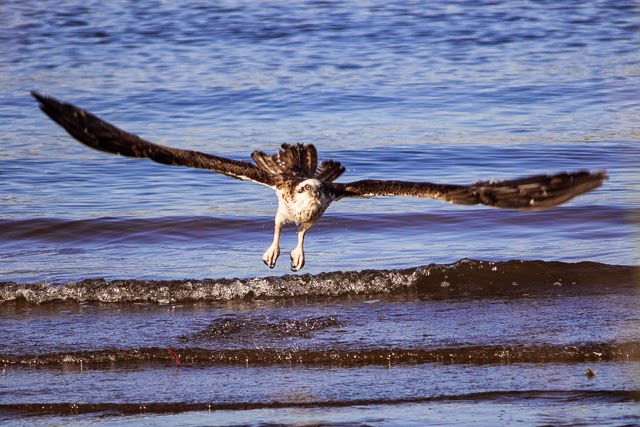 But pretty much you’ll find them in all sorts of places along the river and along the coast. 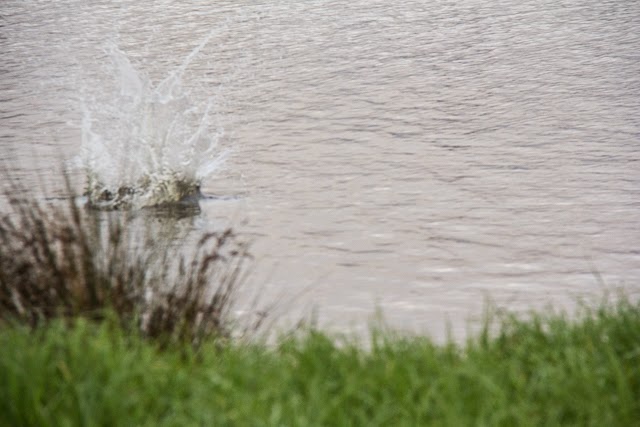 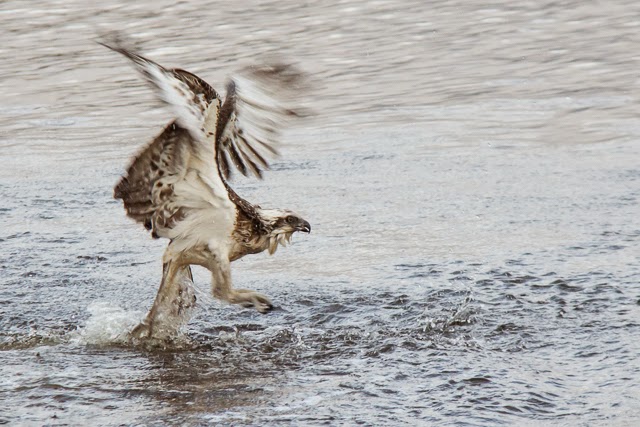 Osprey are fish eaters and it is an amazing sight to see
them plummet into water in pursuit of their prey.  On this occasion the
Osprey came up empty. 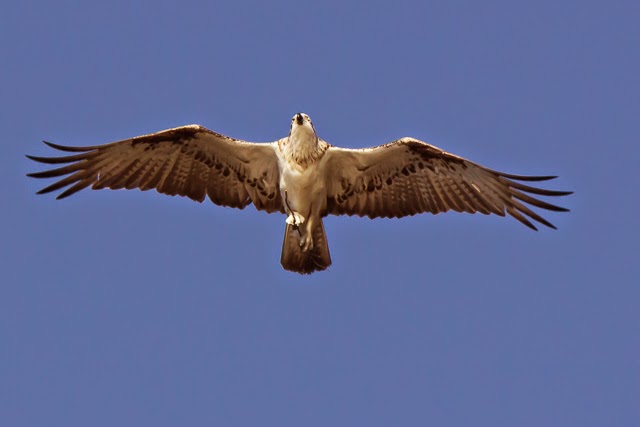 This is what he would have looked like if you replaced the stick with a fish.

Being a raptor does not make you immune to the taunts of the ravens.  Hardly a suprise I know.  The way of the world seems to be that Willy Wagtails and Ravens will take on anyone, anywhere, anytime. 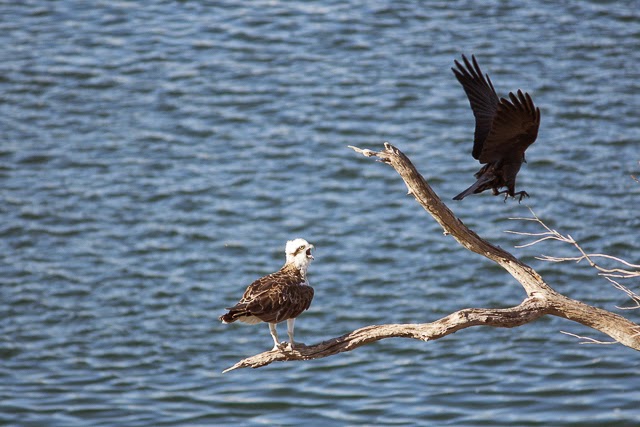 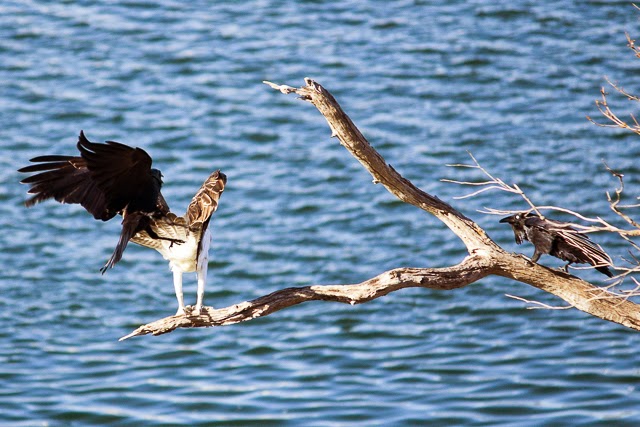 After much huffing and puffing both the ravens and the Osprey took flight and were off.