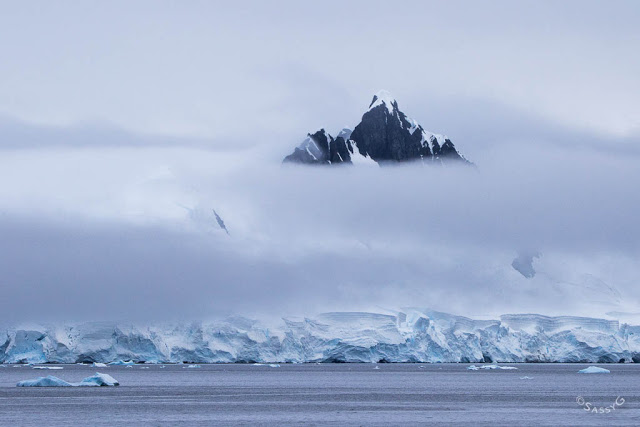 Last night a few of us had a mini session with Alex going through some of her common Photoshop edits.  The thought process behind them was, for me, the most interesting part. The art rather than the science so to speak and a peek inside someone else’s thinking process. I hope she doesn’t find that creepy…

The science of how to make the edits I’m more familiar with, although I tend to use Lightroom for the basic things I do rather than Photoshop.

In retrospect, with the morning that was to follow, I wish I’d asked questions about how to focus through snow.  That might have been unfair as this was out Fearless Leader’s first falling snow experience, but I’m sure rain poses the same challenges.  I’m going to message her now and ask… (the best part of doing a trip with an expert is the opportunity to ask follow up questions.  And Alex is very good at mentoring her former students. Best thing). 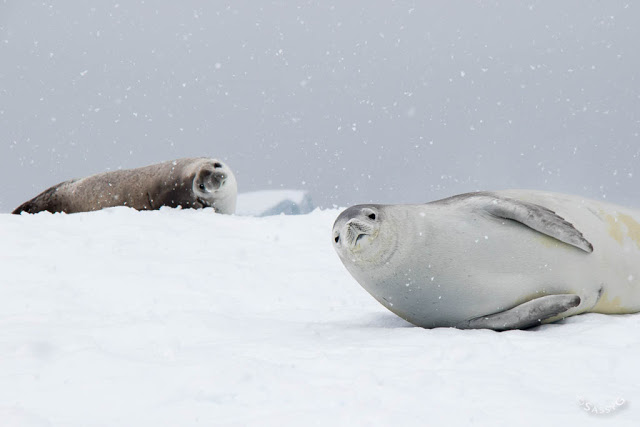 The night was a little like a roller coaster ride.  For those of us on the lower decks we got a solid back massage as the boat rolled and pitched.  In the fancy cabins on the upper decks Ang and Sue had the ocean banging on their window. The crew told us the next day the winds got up to 185km / hour.

Having weathered the winds in our sturdy little icebreaker we awoke in Flanders bay, and it was still and beautiful. 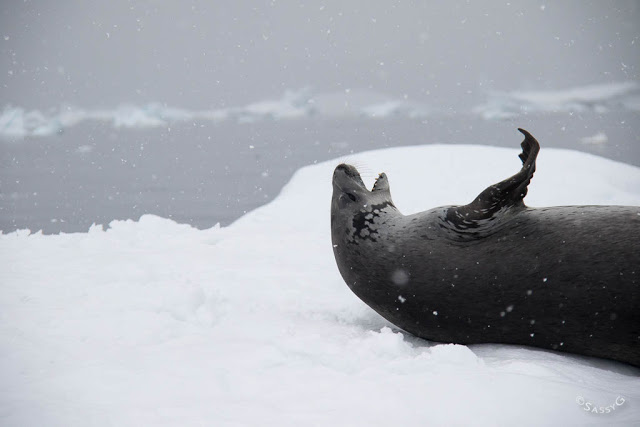 No wind meant we could get out and about in our zodiacs, cruising icebergs and getting snowed on as it turned out. We saw a crab eater seal launch itself out of the water and onto the ice.  The power required to do that when you weigh that much boggles the mind. 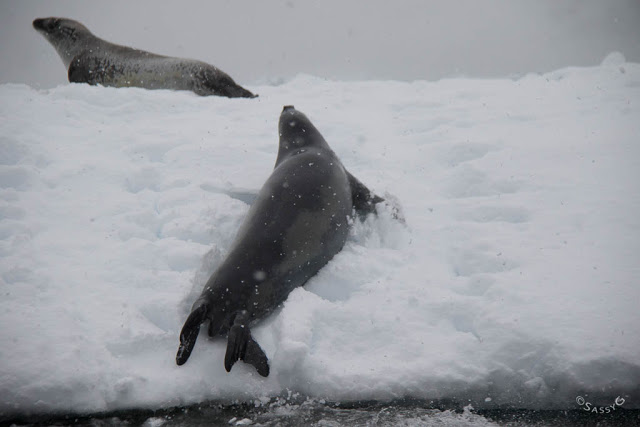 Cruising around as the snow softly fell on us was just a little bit magic.  Oh and it was a little bit cold too.

The colour of the ice was exquisite, and we got to watch sea ice forming on the surface. Did I mention it was cold? 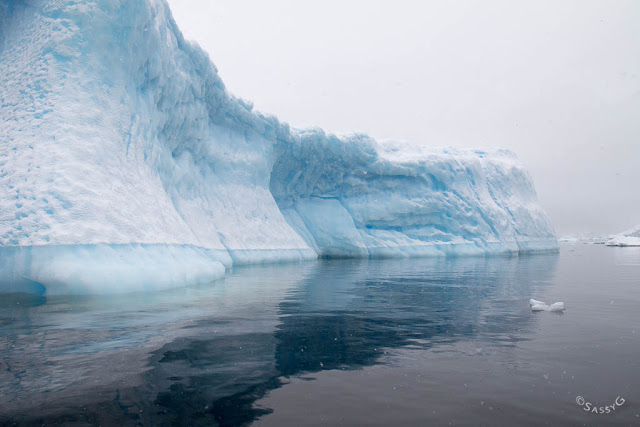 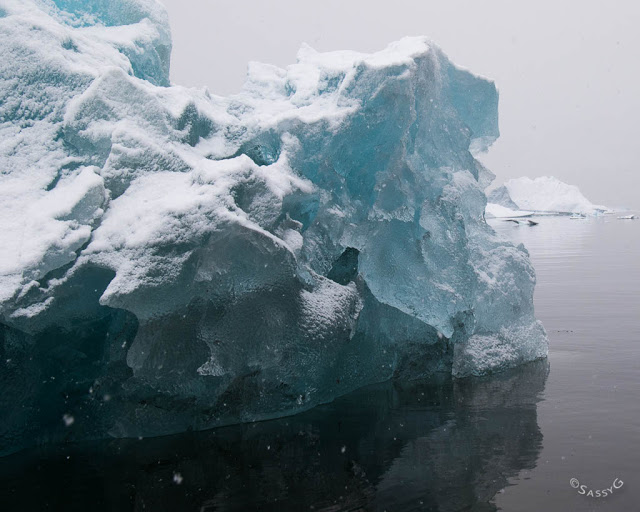 The guys who came back and  went out after us got a real treat, seeing a leopard seal lazing nonchalantly on the ice. Having seen their enviable pictures his smug expression reminded me most of the puppet Randy of Sammy and Randy.  We didn’t see him so no pictures – sorry.

We did see the beautiful Snow Petrel flying about.  Very tricky to photograph a fast moving white bird on a white background so I was happy with what I got. Realistic expectations after all. 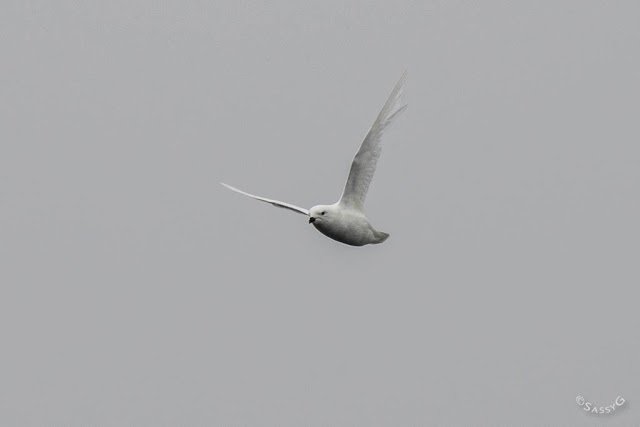 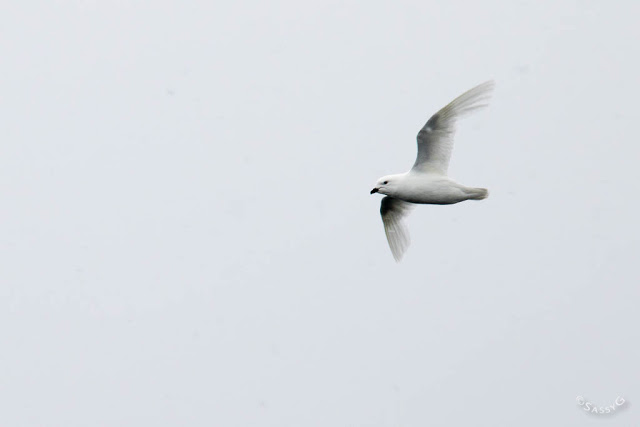 We also got to watch the butterfly like birds feeling on the surface.  They were entrancing, but I’ll need to ask Fiona what they were called. *Wilson’s Storm Petrels. 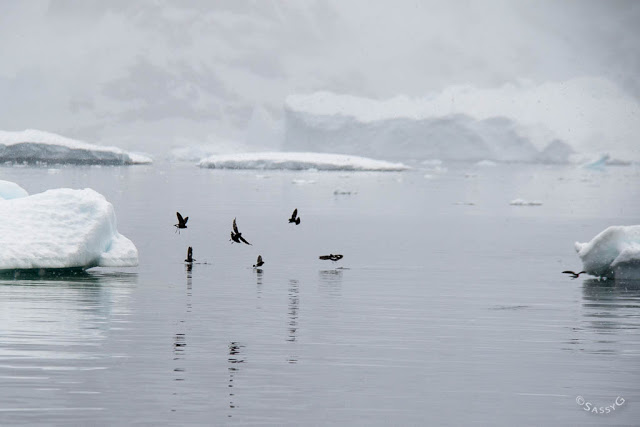 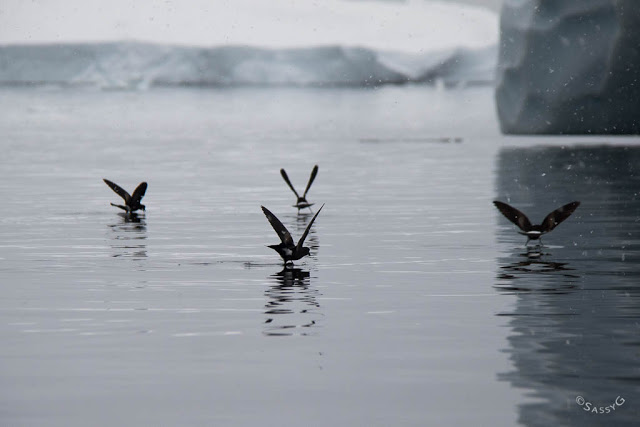 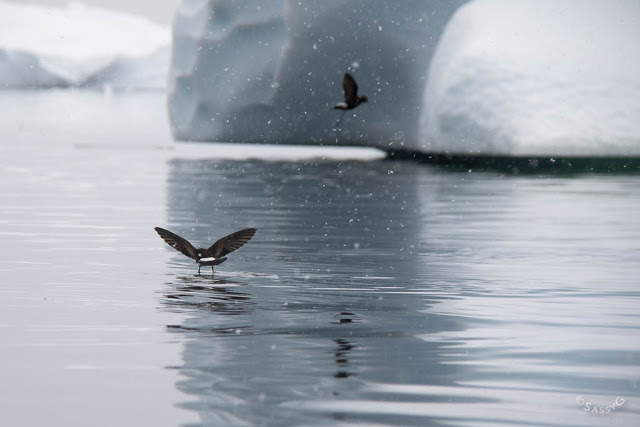 Our final landing of the trip took as to Orne Island.  The chinstrap penguins there seemed grottier than the Gentoo ones we’d seen. There was something a bit Oliver Twist about them, although I’m sure they were well loved and cared for. 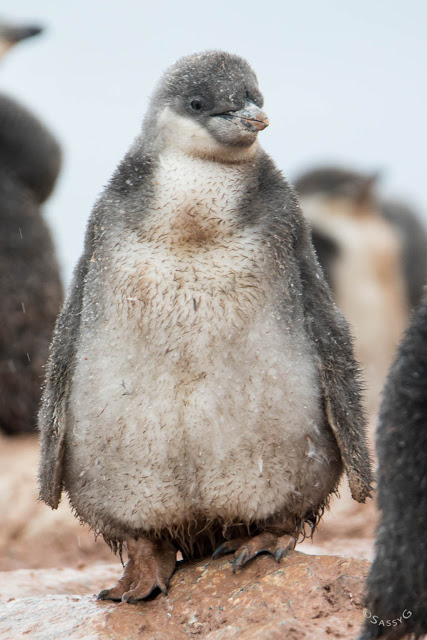 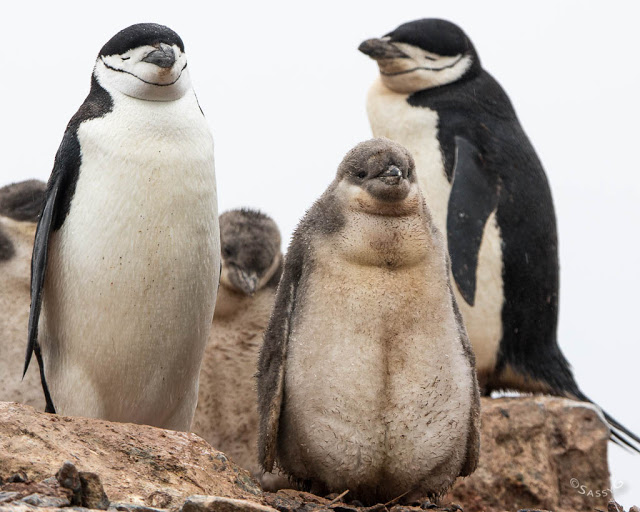 The parents did show us a lot of pebble nest building and some acrobatics. 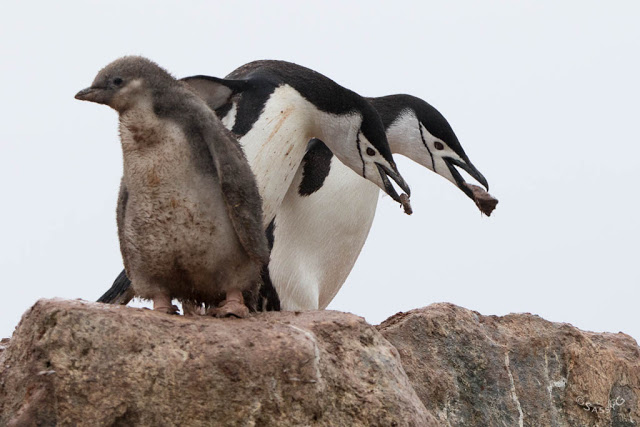 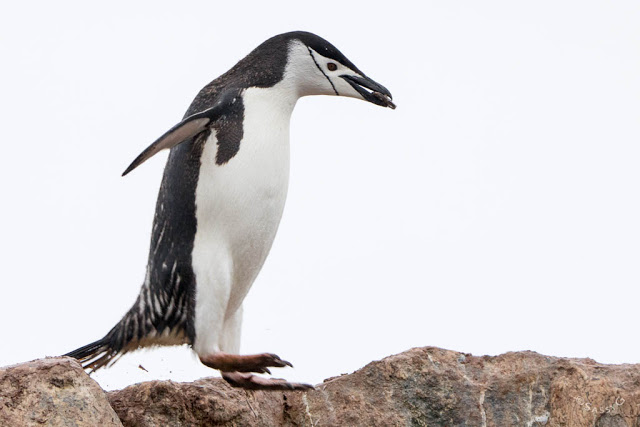 We also got to see an iceberg tip over (they do that from time to time) and we got rained on a bit.

And once the rain had got all over my lens, we found the two tiny skua chicks and their parents. Rain on the lens!!!  Well the main thing to remember is that I got to see them, and they were very, very cute. 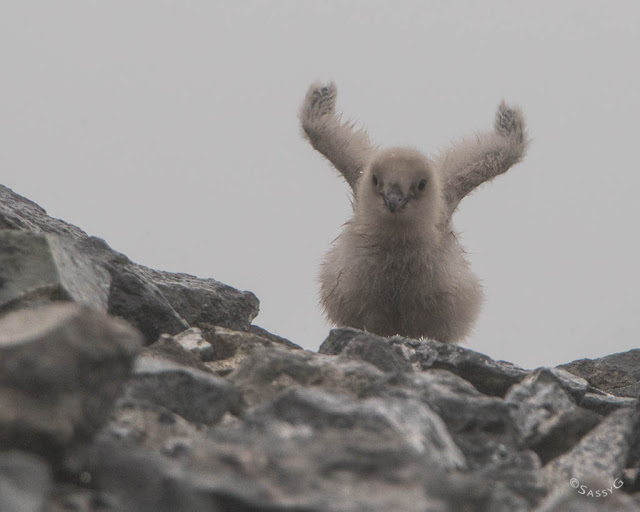 These were our last footsteps on Antarctica and I wish I’d taken more of a moment to farewell it. I know this was meant to be a trip of a lifetime, but maybe that just means I’m meant to go back again one day. 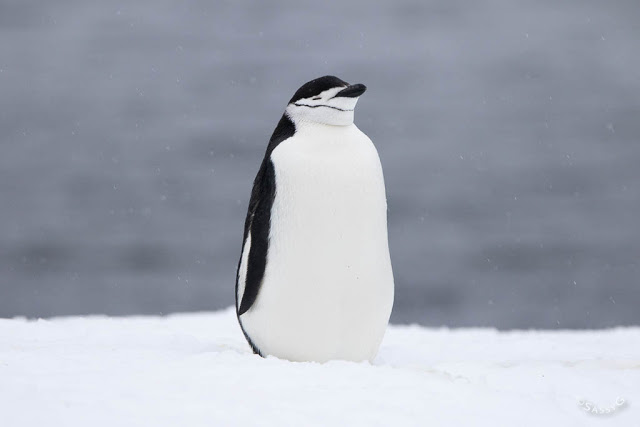 In the evening we were given a show by a number of humpback whales as the light dimmed. No great whale tail photos, but I will have to compare those with the ones I have off the Australian coast to see if there are any matches.